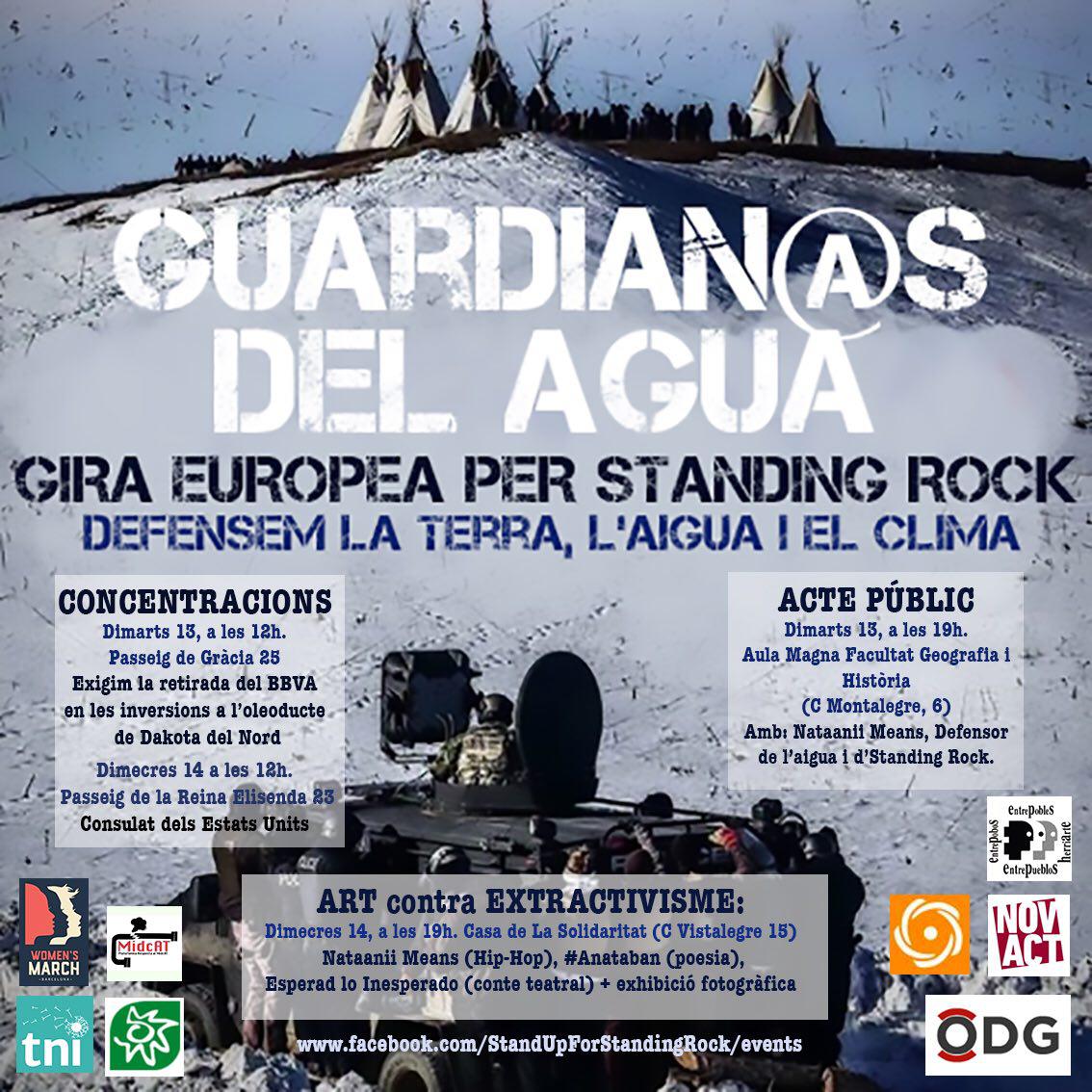 Citizens are questioning the ability of traditional parties and state institutions to respond to the demand for more and better democracy. Unfortunately, in many countries it’s the authoritarian right – the Trumps, Erdogans and Le Pens – that is best taking advantage of this desire for change, putting human rights, especially those of women and migrants, at risk. We need brave, transformative ideas that can offer an alternative to the politics of fear and to unchecked speculation. In this panel we’ll debate what these ideas might be.

We are asking BBVA to sell their shares in the Dakota Pipeline and to stop funding fossil fuels and the genocide of Native Peoples with their client’s money. Anyone who has an account with BBVA is funding human rights abuses and the destruction of our mother earth. Join us in asking BBVA to divest or we will divest our funds from BBVA.

Join us as we learn how the native voices have been silenced by International corporate interests, how we can fight for change and where the movement needs to go. Please RSVP as we will need to provide audio translation for attendees who do not speak English.

Native American activist Leonard Peltier has spent over 40 years in prison for a crime he did not commit. United States prosecutors and federal agents manufactured evidence against him (including the so-called “murder weapon”); hid proof of his innocence; presented false testimony obtained through torturous interrogation techniques; ignored court orders; and lied to the jury. People are commonly set free due to a single constitutional violation, but Peltier—innocent and faced with a staggering number of constitutional violations—has yet to receive equal justice.

A night of Music, poetry, theater and imagery. come see the photo expo that has been on tour with the Standing Rock water Protectors, hear the Native American hip hop artist Nataanii Means, poetry from the group #Anataban from South Sudan and a theater piece by artist/activist Kevin Buckland, Esperad lo Inesperado.

Nataanii Means, an Oglala Sioux and Navajo activist and hip-hop artist, son of the historic American Indian activist Russell Means. He has been supporting the #NoDAPL movement at the Oceti Sakowin Camp from August until the expulsion of the camp in February. This young water protector has been on the front lines of the non-violent resistance despite the police brutality and several arrests. He is also very active in divestment actions and campaigns across the country. Native hip hop artist, he also raises awareness through his music on Native American issues and inspires/empowers indigenous youth. Just before coming to Europe he has been touring in the United States with the Voices of Water: Wake Up the World Tour and dedicated to sharing his front line narrative through performance, public speaking and divestment actions.
The Ana Taban Campaign (Arabic: انا تعبان‎‎, Ana Taban, meaning “I am tired”) is an artist collective based in Juba, South Sudan. The group uses street theater, graffiti, murals, sculpture and poetry to foster public discussions around issues of social injustice, government accountability, and transparency.

Kevin Buckland is an artist, artivist organizer and the “Arts Ambassador” for the grassroots global network 350.org. He has worked with the International Youth Climate Network to promote creative communication and beauty in the call for climate justice across the globe. Harkening on the call to “make this movement as beautiful as the planet we are fighting to save,” he employs comedy, tragedy, farce, satire and a great deal of cardboard in his attempts to end empire and globalize justice. Videos, writings and participatory projects can be seen on his website: http://www.ctrlartshift.org